Congrats to the 2015 Tri-Rivers Conference Champions!

Knox County football boys have brought home a conference championship which hasn't been done for 35 years. They went 5-0 with three of those victories not allowing the other team to score. The boys earned themselves a first seed in the district bracket. They beat North Shelby in the first round, and now play South Shelby for semi-finals. Come out this Friday and support the boys and your home Knox County community.
​-By Shane Clary 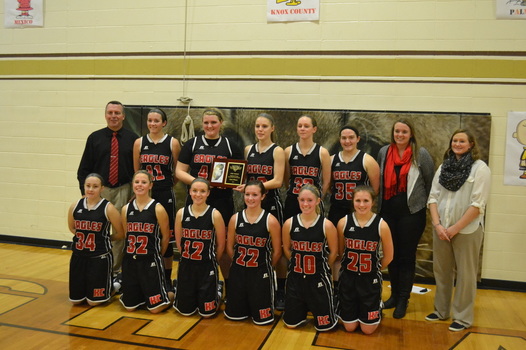 After winning the two games to get into the championship against Palmyra the girls knew they had a good test ahead of them. The game was originally scheduled to be played Saturday January 9th, but due to bad weather was postponed until the following Monday.

The Lady Eagles fought hard in the first half and was down at the half of 30-18. Even playing solid defense and great effort, the Panthers are a great team and hard to stop on the offense end. The Panthers finished at the rim and pushed the lead. The Lady Panthers took home first by a score of 65-48. The Lady Eagles had a great tournament run and have nothing to be disappointed about. In the championship game Karissa Hamlin had 18 points and Sidney Miller adding 14. 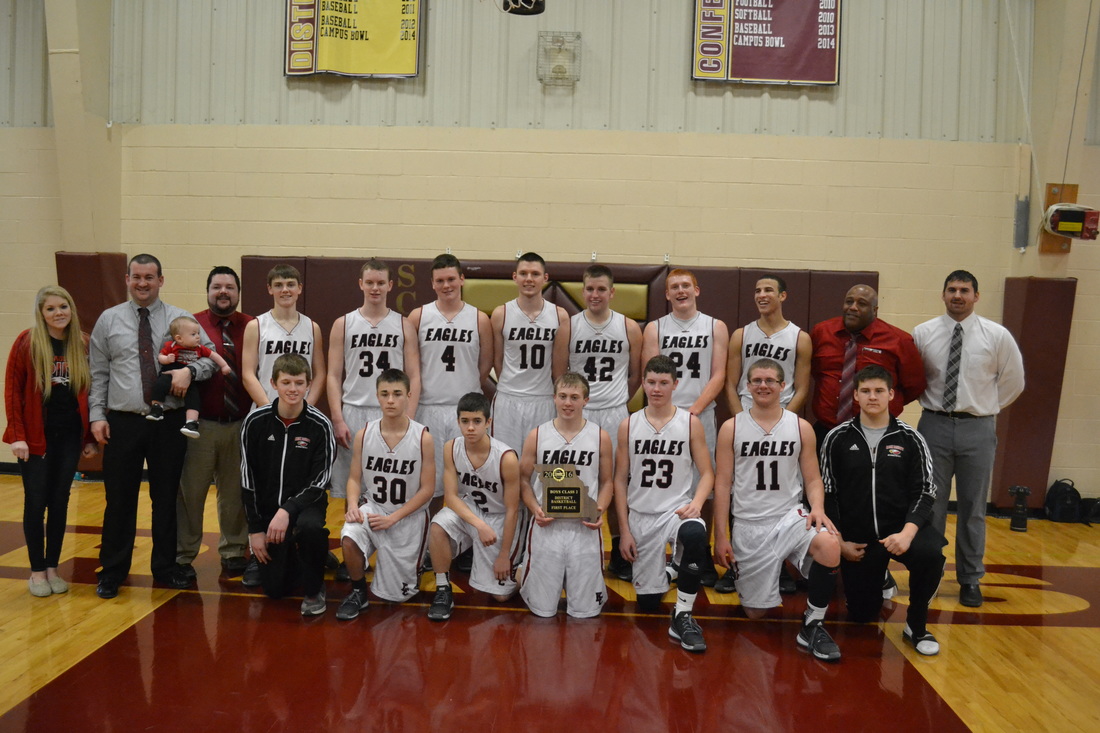 When asked what the highlight of their season was, Coach Summers said, “Being down by 18, and coming back to beat Canton was a great way to win the Sectional Game.”

Coach Summers said that the biggest improvement during the season was actually coming together as a team after the North Shelby Tournament and learning how each other plays to make a great team at the end. The varsity team finished the season with a record of 20-10, a 2nd place standing in the Tri-Rivers Conference and District championship.

When asked how they are preparing for the new conference, Summers said, “There are 6 new teams that are very good basketball teams, and need to play at a high level each night to earn each win in the conference.”

His favorite memory of the season was winning the District championship, watching the three seniors grab the championship trophy, and going to celebrate afterward with the players, fans, and community.
Girl's Basketball Season Overlook
By: Shane Clary

There were a couple games that stood out for Coach Gudehus and the Lady Eagles this season. The first one that came to mind was beating Scotland on their home court. The girls made it to the championship game of all three tournaments they played in. Which was the MVIT Tournament in Unity, IL., Highland Tournament, and the North Shelby Tournament. All these tournaments are large, competitive ones to participate in. Beating Mexico and Macon in the Highland Tournament really stood out for their size being quite a bit bigger than ours.
The improvements over the course of the season was the defense improving. The offense would work better when the defense was clicking. The overall record this season was 19-8 and the team finished second in conference with a record of 8-2.
The Lady Eagles will be entering the new Lewis & Clark conference next year. Coach looks to play in some summer shootouts to see these new teams. He emphasized the idea of a new defense to help fuel the offense with the lack of height next year. Turnovers lead to transition points that will help the team to get out and run.

The Knox County Eagles Baseball team got to play on St. Louis Cardinals Busch Stadium on Saturday April 30th. This was the teams second year in a row doing this. To be able to have this opportunity the team had to sell 300 hundred tickets and not get to play. Then the next year sold 600 tickets and played last year on Memorial Day. Then this year had to sell a whopping 800 tickets, and then played after the Cardinals.

Rain was in the forecast all week for the surrounding area, and made some people uneasy about the risk. Saturday morning the team left close to 7 A.M. to get to the game. It rained the entire way down there. The arrived at St. Louis around 10:45 for check in at the stadium. The four Knox Co. seniors, Boatman, Clary, Bryant, McCarty, were given a special gift of going on the field to watch batting practice. Unfortunately, the teams didn't take it that day due to wet field conditions and the grounds crew preparing the field.

The Cardinals played the Washington Nationals at 1:15. The Cardinals went down 4-0 in the first inning and had a hard time coming back. In the 7th inning the Eagles went down to the locker room to get ready for their game following the Cardinals. The rain prevailed for a nice sunny and 75 degrees game. Knox County faced Greenville IL. The Eagles end up falling 9-0, but given the circumstance they were all winners that day. Coach O'Haver looks forward to doing this for his future seniors and sees it as a farewell gift for all the seniors hard work and dedication.
Congrats to the Boys and Girls Tri-Rivers Conference Champions
​
The Tri-Rivers Conference Track Meet was held at Putnam County on May 3, 2016. The Knox County Boys and Girls teams both placed 1st. The boy's team is back-to-back Conference Champions. Noah Talton also broke the 200-meter dash record at the meet. 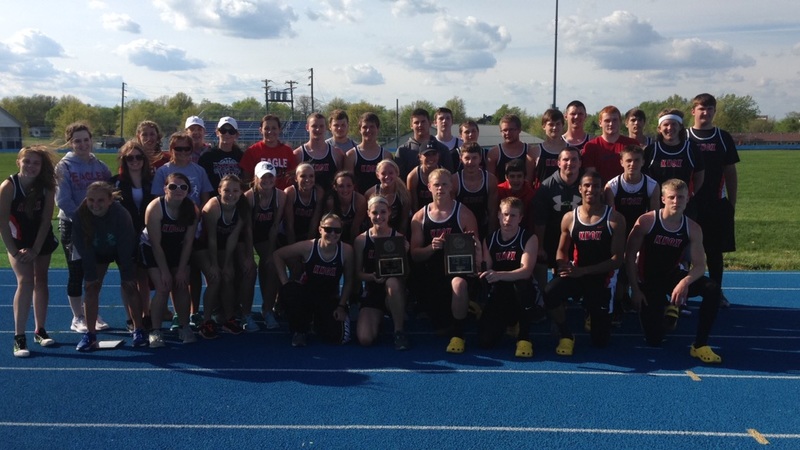 Eagles wrap up Schuyler County Rams Friday night for a 34-12 Victory. With this Conference win they secure sharing a conference championship, but can win it outright this Friday night at North Shelby. Eagles have not won Conference in 35 years!

Lady Eagles fall to Canton Tigers in district Semi-Finals 0-6. Keep watch for Interview from coaches wrapping up the season. Thank you to all parents and fans who made this season work, and the support you showed. 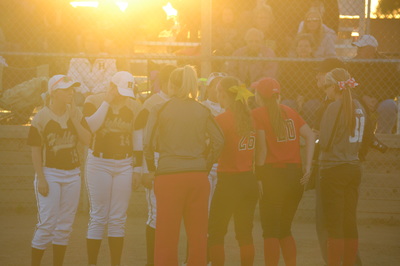 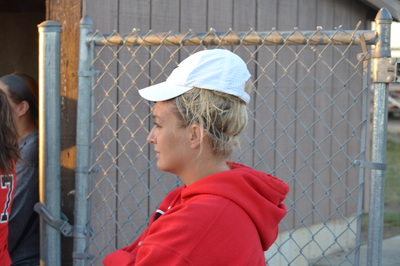 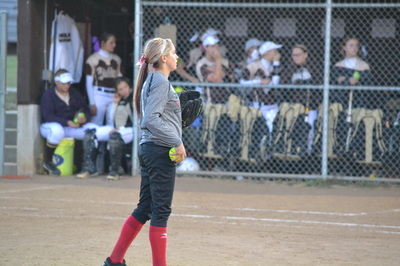 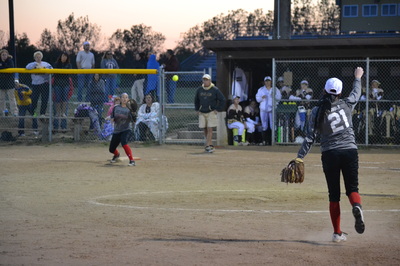 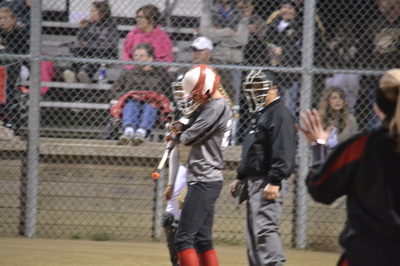 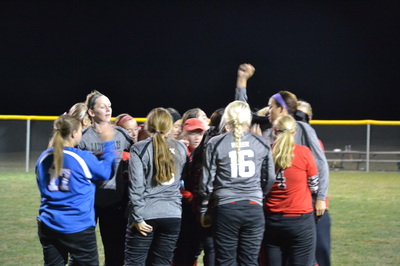 Senior night 2015 -these three seniors have been four year players in the softball program.  the Lady Eagles played a great solid game against Clark Co. Indians with a 3-1 victory. Only two games left before districts start next wednesday, october 7 at scotland County. 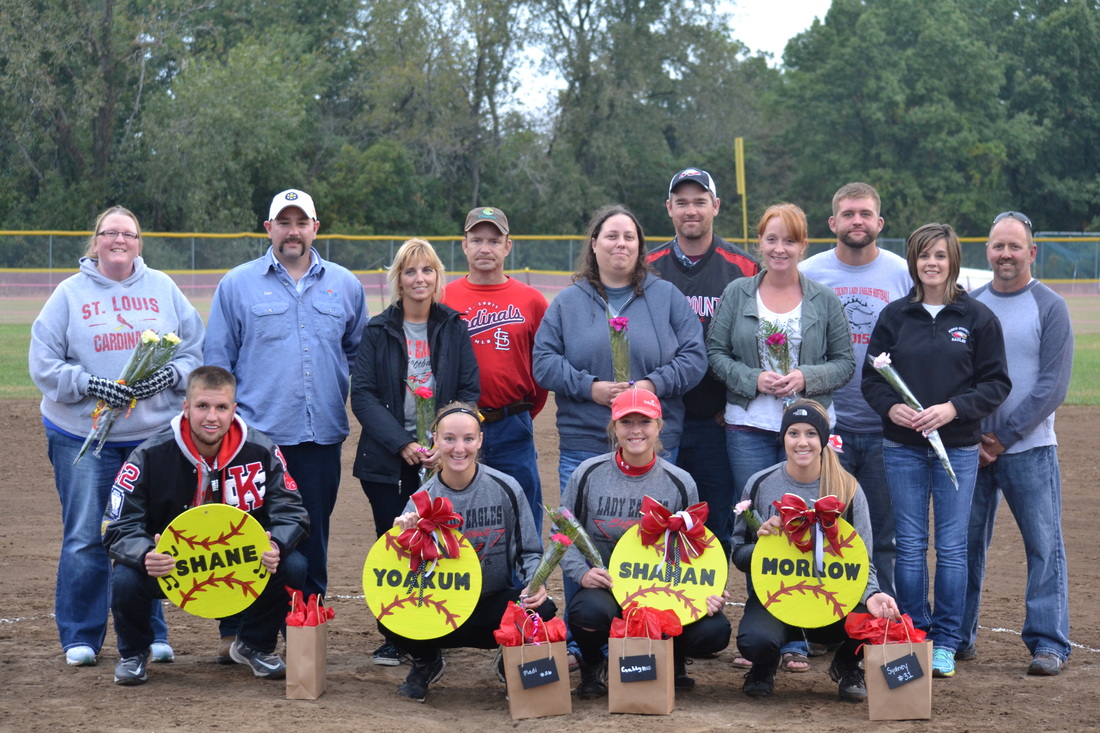 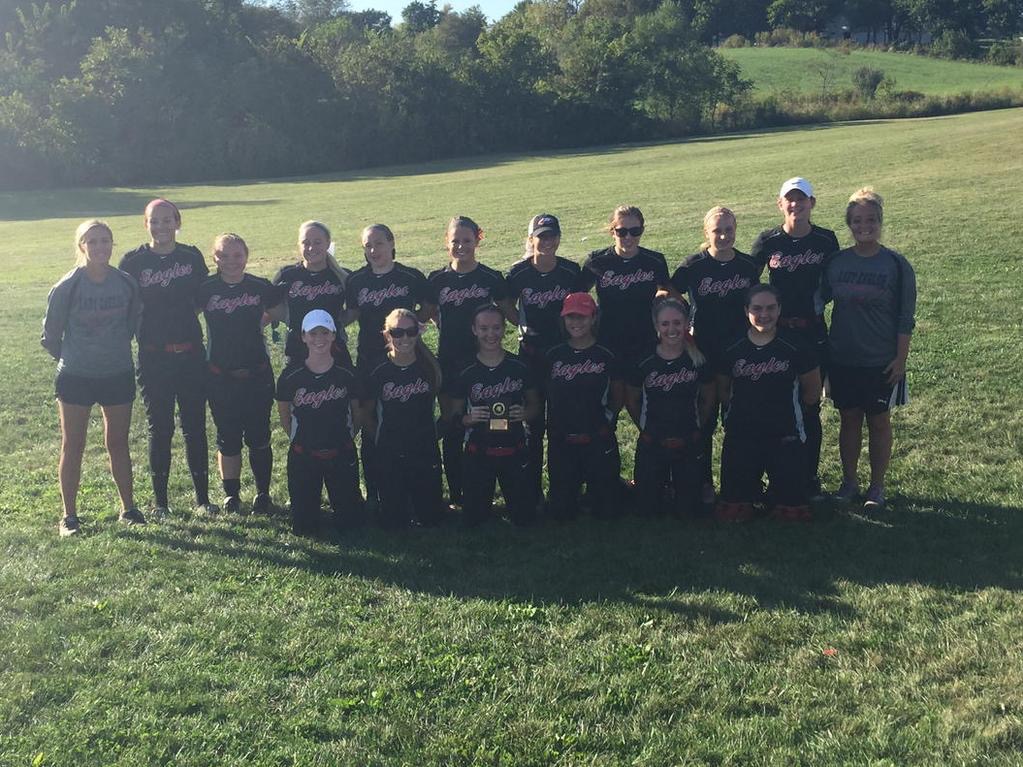 Eagles cage wildcats in conference match-up friday night with a victory of 36-0! 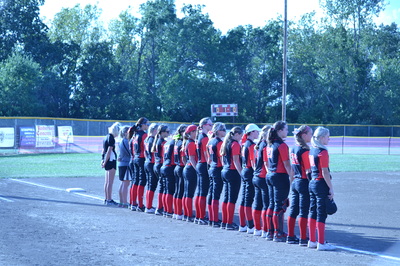 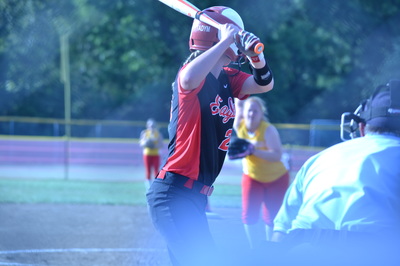 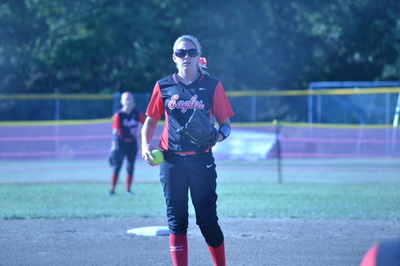 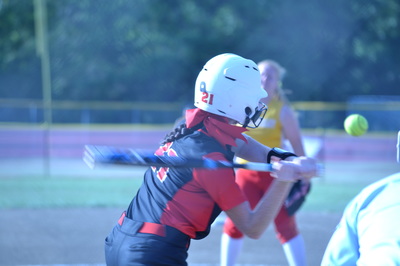 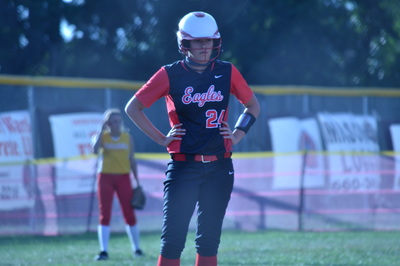 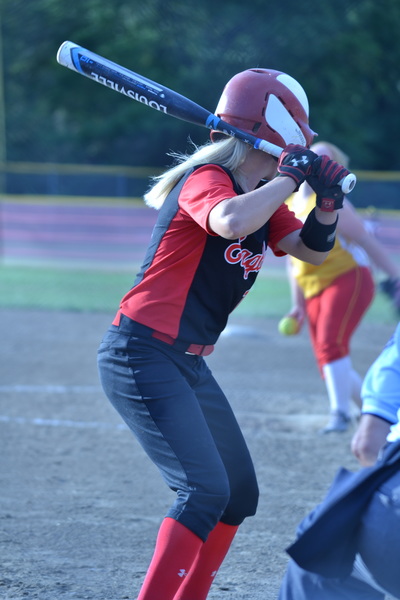 lady eagles drop second conference game to scotland by a score of 5-3.

Congrats to the Lady Eagles on their 3rd place win at the Monroe City Tournament. 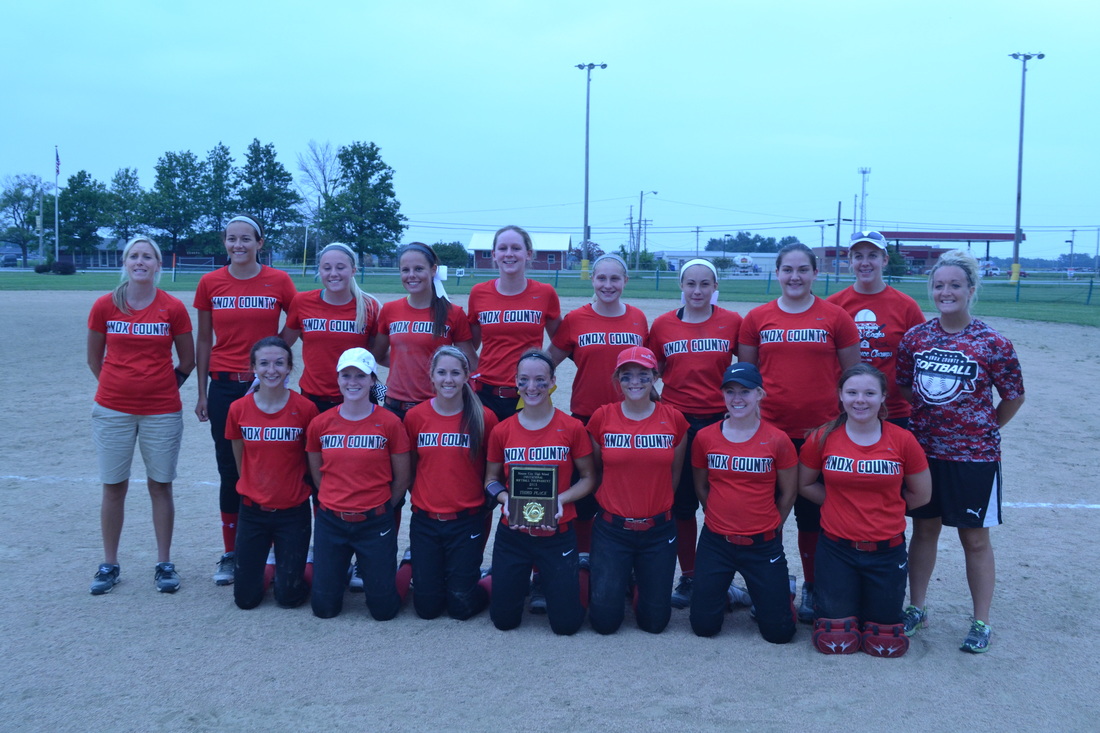 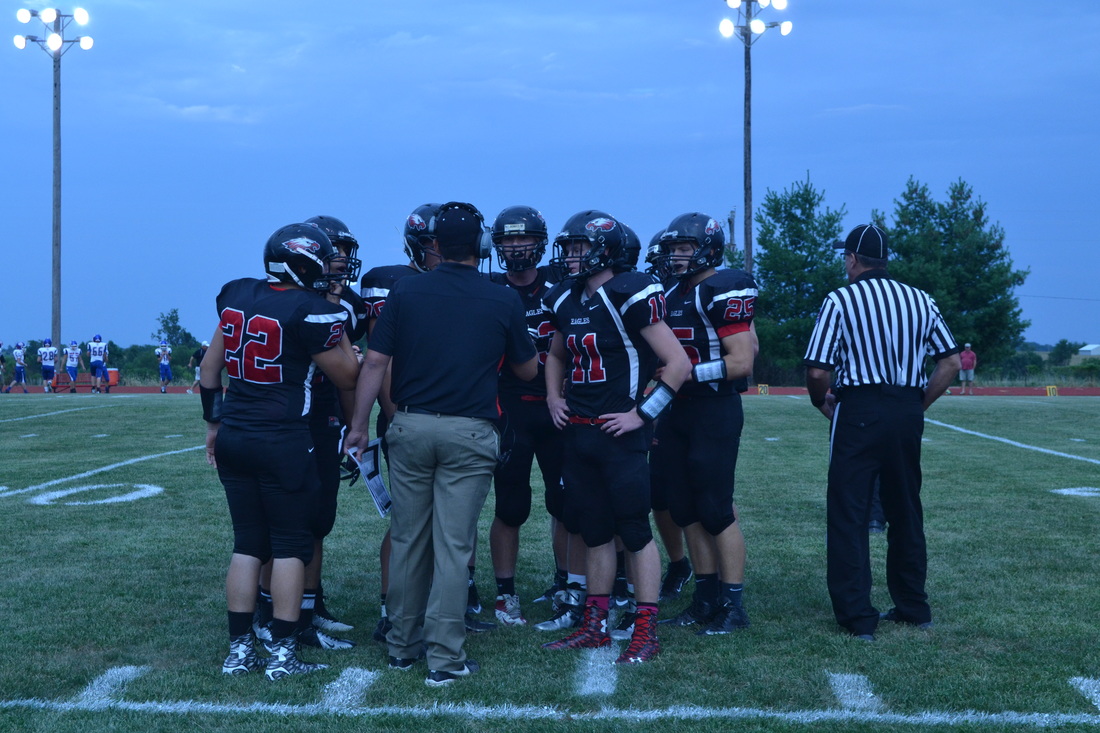 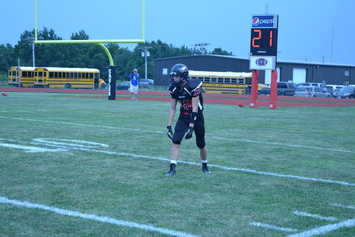 Congrats to the trapshooting team on their 2nd place team win at the Madison Trapshoot. 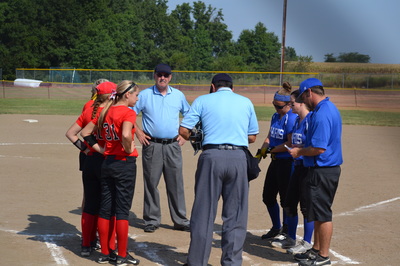 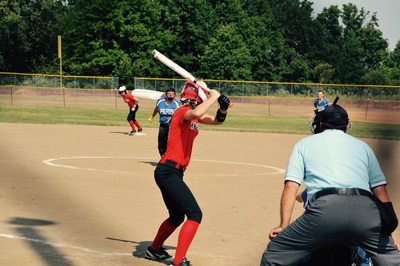 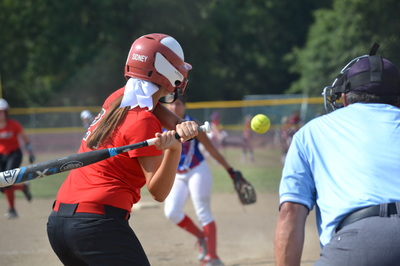 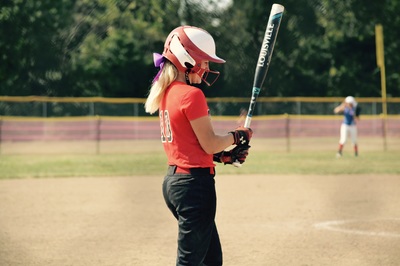 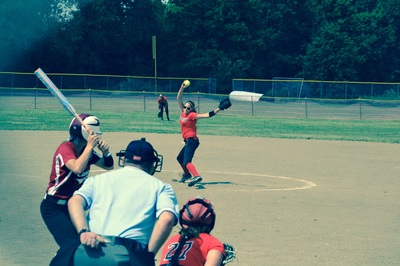 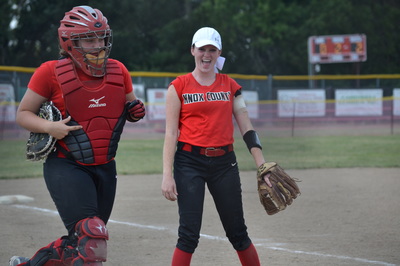 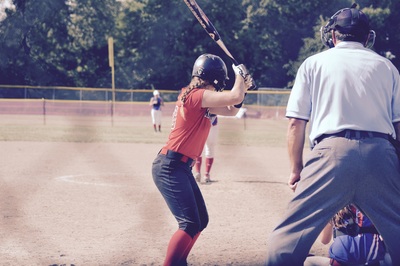 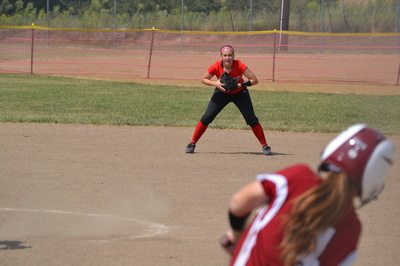 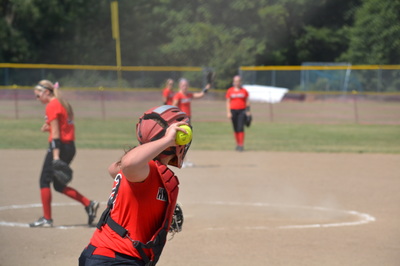